Origin of the “blues”

The blues of Mali 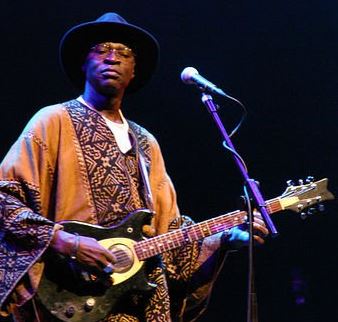 Certainly the origin of the blues as we know it today.

It also plays well as binary or ternary bars 2, 3 or 4 beats.
The blues is based on pentatonic scales.

This music is tonal, e.g. there is usually no chord or a single chord, neither major nor minor, consisting of tonic octaves and fifths notes.

This is certainly due to the fact that the balafon, the ancestor of the piano is tuned to accompany the traditional songs that are based on tonal music.

Do not forget that the root of African music is the song first, then the tam tam or djembe drum or a hollowed out tree trunk on which a dried animal skin tends and, according to its diameter, a much greater power than the human voice.

It is assumed that the melodies of every first songs were inspired by the different heights of djembes, then other instruments such as the kora and balafon, were created.

Listen to the Guitar way used by Ali Farka Toure

The accompaniment plays fingers and each note is doubled an octave higher. The thumb plays the bass and other finger double bass note one octave higher. This is what gives the impression of listening to an acoustic 12-strings guitar! Ali often played on a Jazz Chorus amp which gave him a recognizable sound of a thousand!

Learning Pentatonics is the key ►

3 Scales to play the blues of Mali

The tone is A

The tone is G
Note: The change of position from the note N°9

There are many scales and ways to play this music!

To play the blues in the Malian style: forget the blue note for example if you play the 12 bars blues in A, you will tend to play this note: Eb . It is precisely this note which is never played, however, it signs the USA Delta blues. NB: the right note played instead is E.