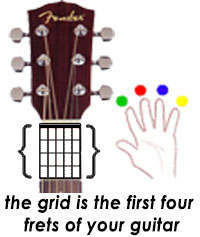 28 easy chords for beginners to learn! 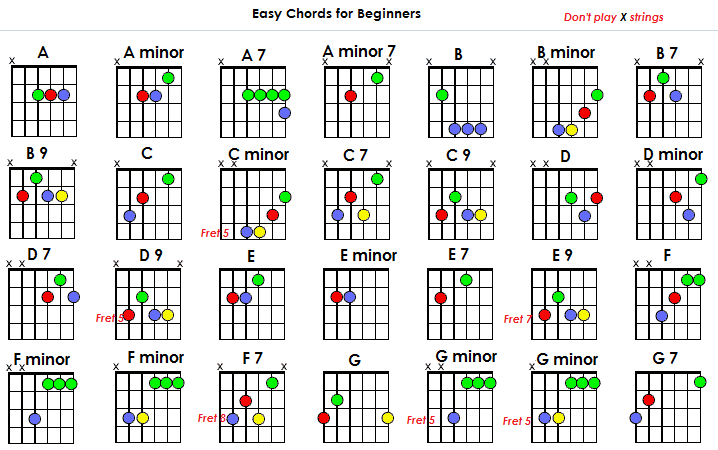 Exercises with easy chords for beginners

Am C – G – E ( Am back to the blue finger one)
Am – Em – Dm – G…
Important: be curious ! remove, add, move a finger and play a minor chord
then a seventh chord etc… Note: Minimum time to pass each chord without catching… a few weeks !

We are talking about major, minor , seventh, etc… Which differences ?
A major chord consists of 3 notes: 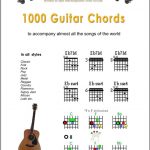